Forthcoming: The Habitat of the Dartford Warbler – Three middle-aged men, apparently unknown to each other and in three seemingly unconnected incidents, disappear from their homes in the space of a few days. What does this have to do with an estate agent, a nightclub tribute act, and a teenage boy? I’m working on it.

In January 2018 my story Old was placed third in the Southport Writers’ Circle annual short story competition, judged by Joanne Reardon. Joanne studied Creative Writing at UEA and Lancaster University and is now a Lecturer in Creative Writing at the Open University. She also writes for radio where she was a Producer for many years at BBC Radio Drama. Entries to the competition arrived from around the UK as well as internationally, with France, Spain and New Zealand also represented. Joanne said of Old that it was “a moving story where moment by moment emotions find themselves poised on a knife’s edge as though one wrong word or move could break the carefully wrought tension.” First and second places went to Valerie Bowes and Richard Stephenson respectively.

‘A complex and seriously twisted tale’

A second shot of the Garritys: still mad, bad and dangerous. 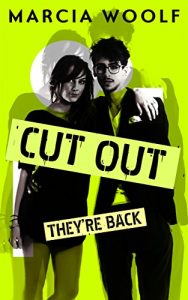 “What a confident and daring debut.” 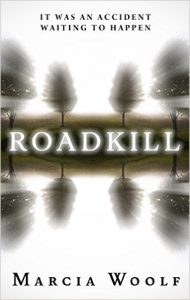 What would you do if you were driving along a country lane one night and discovered a man lying dead in the road? Jack and Cookie Garrity do something nobody – certainly not the killer – could have expected.